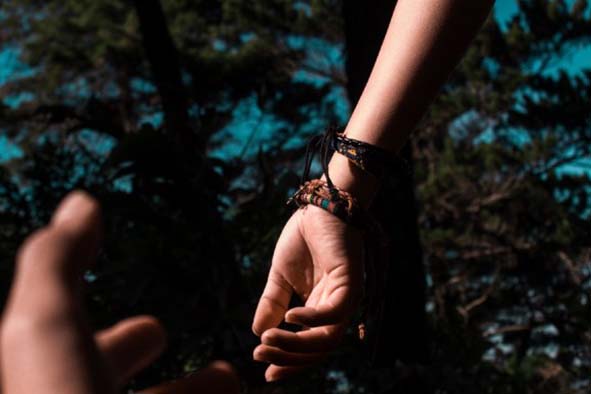 “When we give cheerfully and accept gratefully, everyone is blessed.” ― Maya Angelou

Helping others seems like a strange way to work on your writing but please stick with me and let me explain.

Something happens in my brain when I work on someone else’s writing. I’m objective because it’s not my work so I know nothing about it. I’m reading like a reader would, but I’m also reading as a writer looking for flaws. I think about point of view, tense, punctuation, grammar, dialogue, character, story line. I’m conscious of arcs, inconsistencies, structure. I read for so many things and not always consciously, sometimes things just pop out at me. I become conscious of aspects that I may have learned about but previously overlooked.

Often times I’ll be annoyed by something in someone else’s manuscript and then, when I go back to my work, there it is! The exact same damn thing I had been noticing in the other person’s work. By critiquing another writer’s work, I’ve directly helped my own.

You wouldn’t think editing/critiquing someone else’s work would have such an impact, would you?

Ideas for helping other writers

If you wanted to do this, how could you go about helping? There are quite a few ways.

If you know other writers, it’s as easy as offering to beta read for a friend (be one of their first readers, after themselves), or helping a newer author by reading and commenting, often with small changes to help them learn. If you’re in a more formal writing group, you could organize chapter swaps, or judge a contest(s). You could attend a workshop (you never know who you might meet, or what you’ll learn). If you’ve been in the business for a while, you could run a workshop (gathering your ideas together, and trying to present them logically, can be eye-opening!).

Helping other writers doesn’t need such a formal setting either. Over a cup of coffee/tea you can brainstorm plot or character issues, discuss story ideas, talk at length about the industry or your fears or goals or plans.

When you sit and chat, you can go down conversation paths that shine new light on something that opens doors or activities you may never have thought of doing.

Sometimes meeting up for a cuppa can have you writing an article like this — which isn’t something I’d ever dreamed I’d do.

I’ve run workshops other than for writing, and no matter the topic I’m presenting, I learn things from the participants or other presenters. When I attend workshops, I’m there to learn whatever topic is presented, but I also pick up tips from the presenter(s) on presentation skills.

Recently I attended a workshop and the presenter had a marvelous skill at encouraging participants to share their work, something which I had been unable to achieve in workshops I’d run. Right at the start of the workshop, she shared her work by reading it aloud and talked about her experiences writing that piece. She then shared other people’s writing, and quotes from them. All of this was spoken. I had presented similar things, but in a written form. I wasn’t setting the example of speaking my truths, so I could hardly expect anyone else to do the same.

For many years I worked in agricultural research. When I moved into a more senior role where I had to present information to other scientists, I was quite terrified and intimidated. Fortunately, I had mentors who had vast experience.

One looked at me and asked, “Who did this research you’re presenting?” Well, that was easy, he and I had done it. “And who will know any more than you or I?” No one. Since it was the work we’d done and no one else had participated. I presented that talk with much more confidence — until he stood up and asked a question, then I almost turned into a puddle on the floor! Fortunately, it was something I could answer.

That same lesson applies to writing. If you’re speaking about your writing, your book, your process, does anyone know it any better than you do?

What if you’re new to writing?

What if you’re a new author? It’s not so easy to help others when you’re the one needing help. But if you’re in a writing group, there are roles you could volunteer to take on. There may be roles on a committee, administrative roles for contests, meeting organization, tea and coffee making.

When you get in and help, you never know who you may be helping, working alongside, or meeting along the way.

I managed in a contest for a few years. I began in my first year of joining Romance Writers of Australia because my first contest entry came way down the end of the field. The comments I received back weren’t so terrible, and I wanted to know how good the winning entries were. There was no way of knowing that other than volunteering to manage a contest.

I discovered that the entries that were finalists, as well as some further down the scorecard, were at a publishable standard. In fact, some entrants were offered publishing contracts during or soon after contests. I had a lot to learn and a long way to go. I read so many entries and so many of the judges’ comments as a contest manager that it was a brilliant, but steep, learning curve.

Another thing that happened when I was a new author, was that I was paired up with another new author in Romance Writers of Australia — we were called critique partners. In the beginning, neither of us had any idea what we were doing when we exchanged our manuscripts to critique and help each other. We could spot spelling mistakes, we helped each other with things like characters’ names and places, but that was about it. We had completely different writing styles and were writing different types of romance.

It was an absolute struggle.

Then we both began to learn things by attending different workshops or courses, and by going to the annual conference. We learned different things and taught each other by highlighting what we’d discovered in each other’s manuscripts. She learnt about using contractions in dialogue and highlighted all my stilted conversations. Wow! What an obvious thing I’d never noticed.

In the start, our pairing seemed like the craziest thing, yet it turned out to be a fabulous learning experience because by working together, we learned at twice the speed. If you’re in that situation and feeling frustrated, I promise as you each start learning different skills, you’ll end up moving ahead more quickly than if you worked alone.

Writing can be a terribly solitary occupation. Joining with others can give you such a buzz, helping others can make that buzz into real writing energy that can propel your writing career along.

Offer to help, smile, be positive, and watch the energy, and your writing skills, build.

Originally published by Living Out Loud on Medium.

Australian, writer and creator. Inspired by nature and living. Weird thoughts are entirely my own, and I know they’re often not like other people’s!